The launch of docSHARE was titled Get your film out there! An interactive panel discussion about distribution strategy where the film teams from I. Mary,  The Colonel’s Stray Dogs and I am Here shared their distribution strategies. DFA Board member Sivu Giba hosted the powerhouse panel. Watch the Recording on YouTube

docSHARE is supported by the Gauteng Film Commission 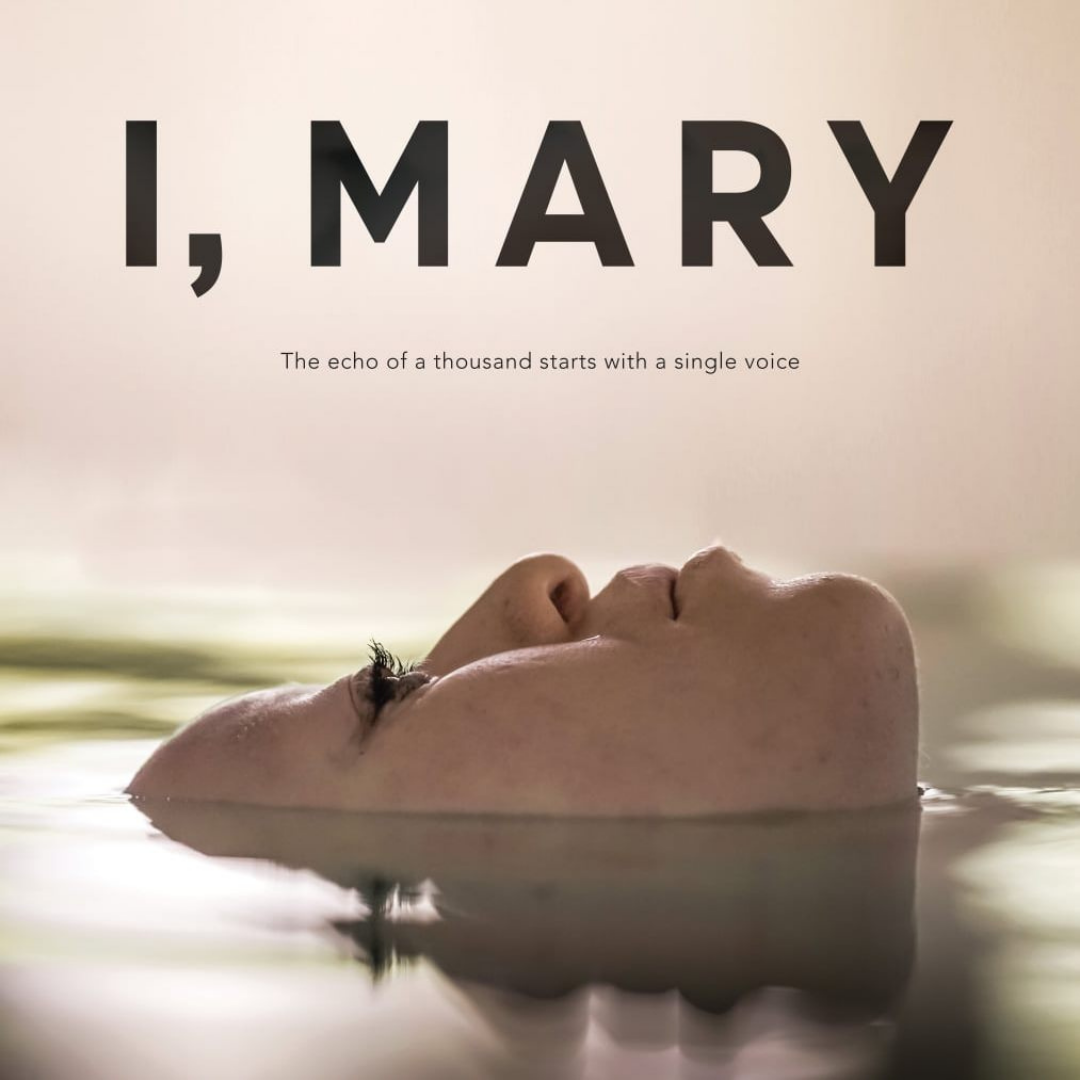 I, Mary – Producer Bridget Pickering and director Aliki Saragas-Georgiou
Interview with Regina-Mary on Vox
“This journey was different to my previous film. I usually like to make women’s stories and films on gender and wanted to make a film on GBV and hadn’t had the opportunity to do so. I met Regina Mary for another film that didn’t work out and her story really sat on my heart as it was about identity and surviving the everyday, surviving the liminal line of death and life,” says Aliki. 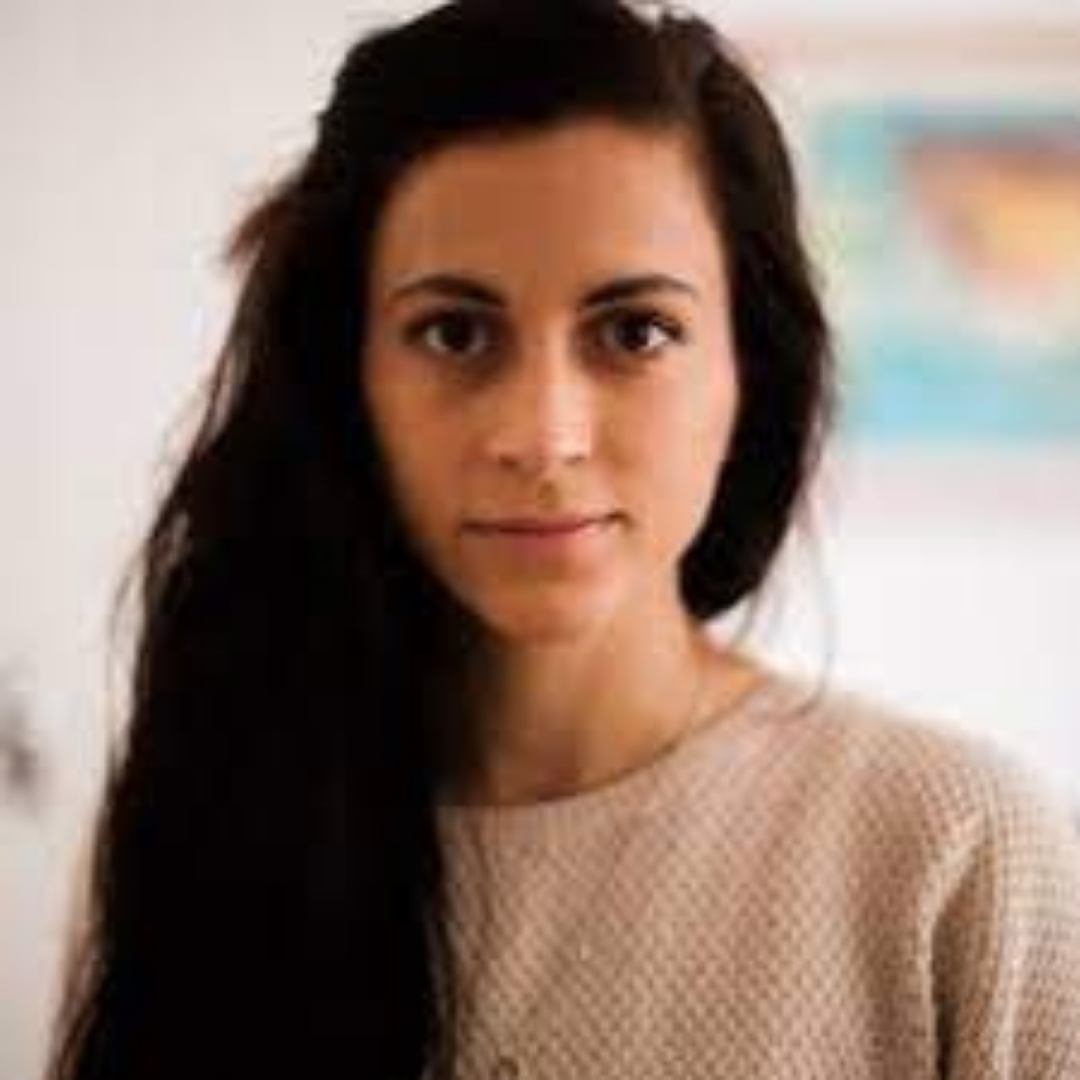 A commissioning opportunity from CGTN allowed them to make the film for broadcast and with additional funding a feature-length version was re-cut which allowed them to explore themes and layers in greater detail.The feature version also allowed ReginaMary a larger audience so that the film could be used within her impact, which is the major reason for the film living in the way that it is, to amplify her existing activism. The film will now travel globally through an impact campaign and human rights film festivals. 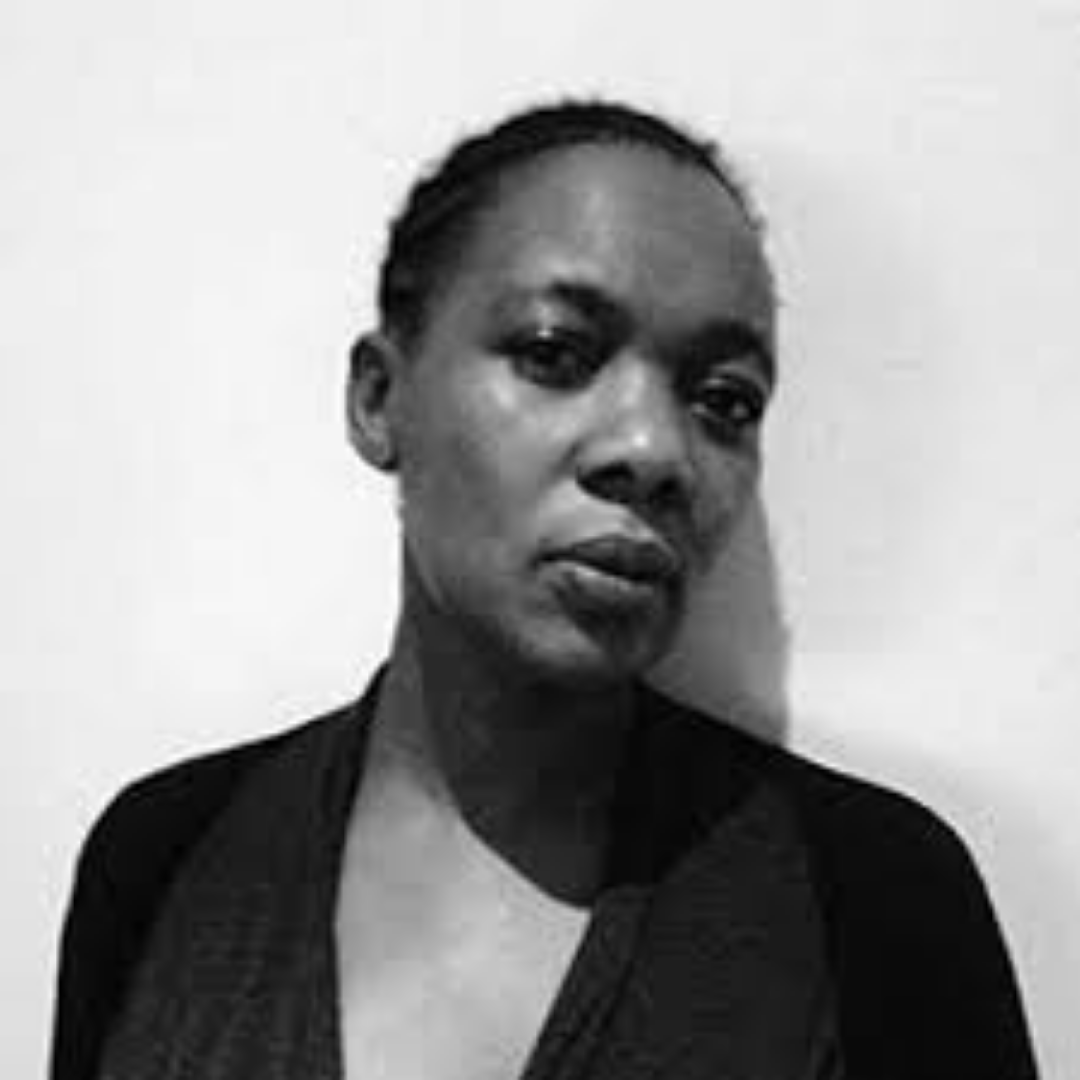 Bridget notes the importance of persisting: “A gap exists between your intent and belief in the characters, your investment that other people will believe in the characters and you hope that the world will find your film and love it. Sometimes that happens, but there needs to be a trust in the intent of the film, you will get rejected by some people so you have to be the force that continues to push the film out there. Believe in the higher purpose of the film,” says Bridget.

KEY QUESTION: Ntsikelelo Mavata: How can interviewees be compensated without corrupting the authenticity of the information we get from them. It always feels like we are taking from them and not leaving much behind.
Aliki: This is one of the biggest questions in documentary that has changed over the years. We are constantly researching to see where filmmakers are positioned around this issue because they hold a lot of power, you are getting their stories and putting them out there. If you pay someone for their story it’s not ethical, would they have given you that story if they were not paid? But there is also the balance that you are often in spaces where people are struggling, where survival is what they need. We try to support in other ways like locations fees, groceries or finding ways to support them beyond just that day of the filming like fund raising, crowd sourcing or impact fund raising.

Bridget: You have to have a conversation at the beginning. We asked ReginaMary what she would get out if it besides just making a film, she is a media personality in her own right and wanted to have her story be told on the biggest platform that was possible. She is also a producing partner on the project. 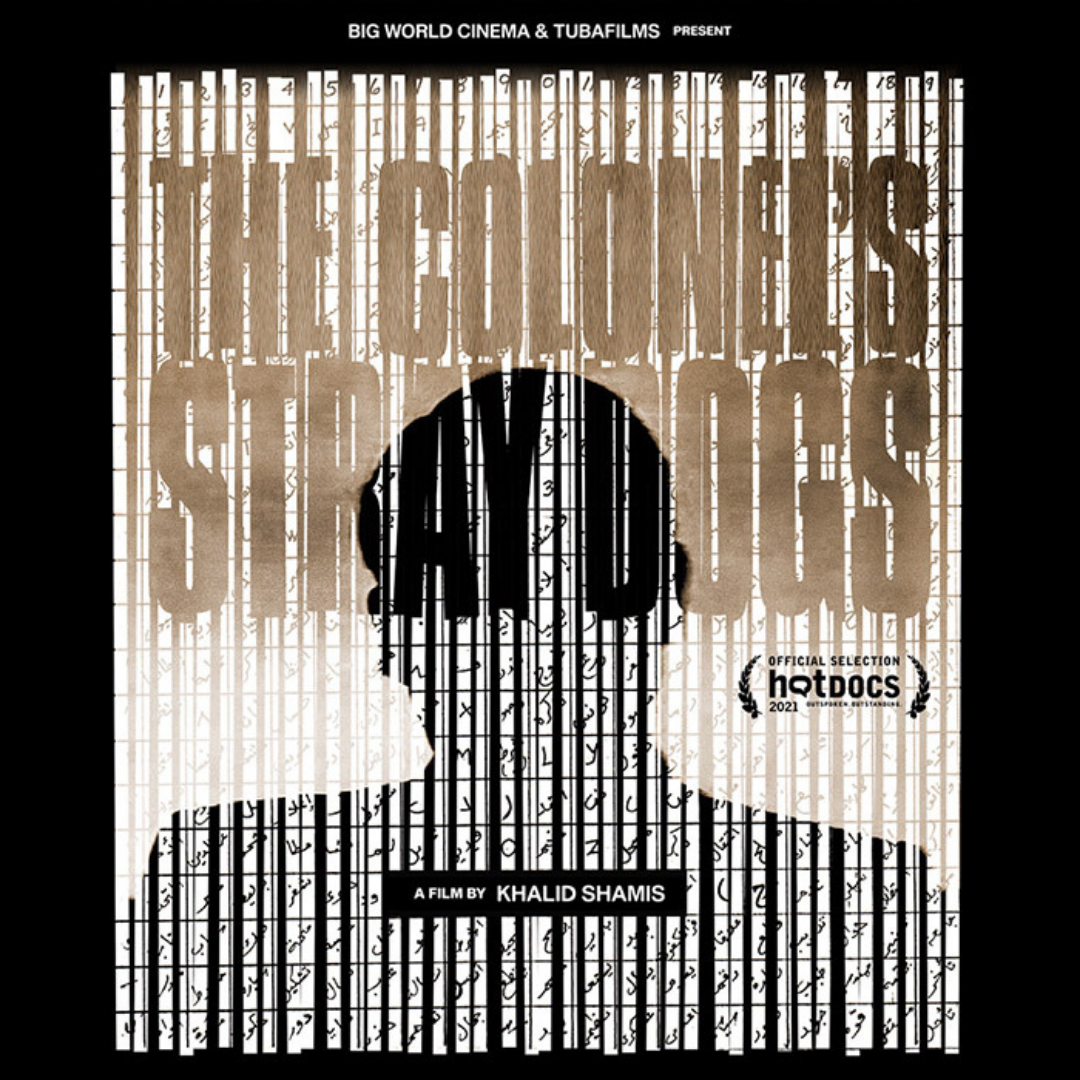 The Colonel’s Stray Dogs – Director/ producer and editor Khalid Shamis, producer Steven Markovitz, co-producer Tamsin Ranger
Here’s a piece about the film in Africa is a Country and a review in POV magazine. Link to the Q&A with Khalid after his Encounters premiere.
“The film was never intended as an activism film but my father is 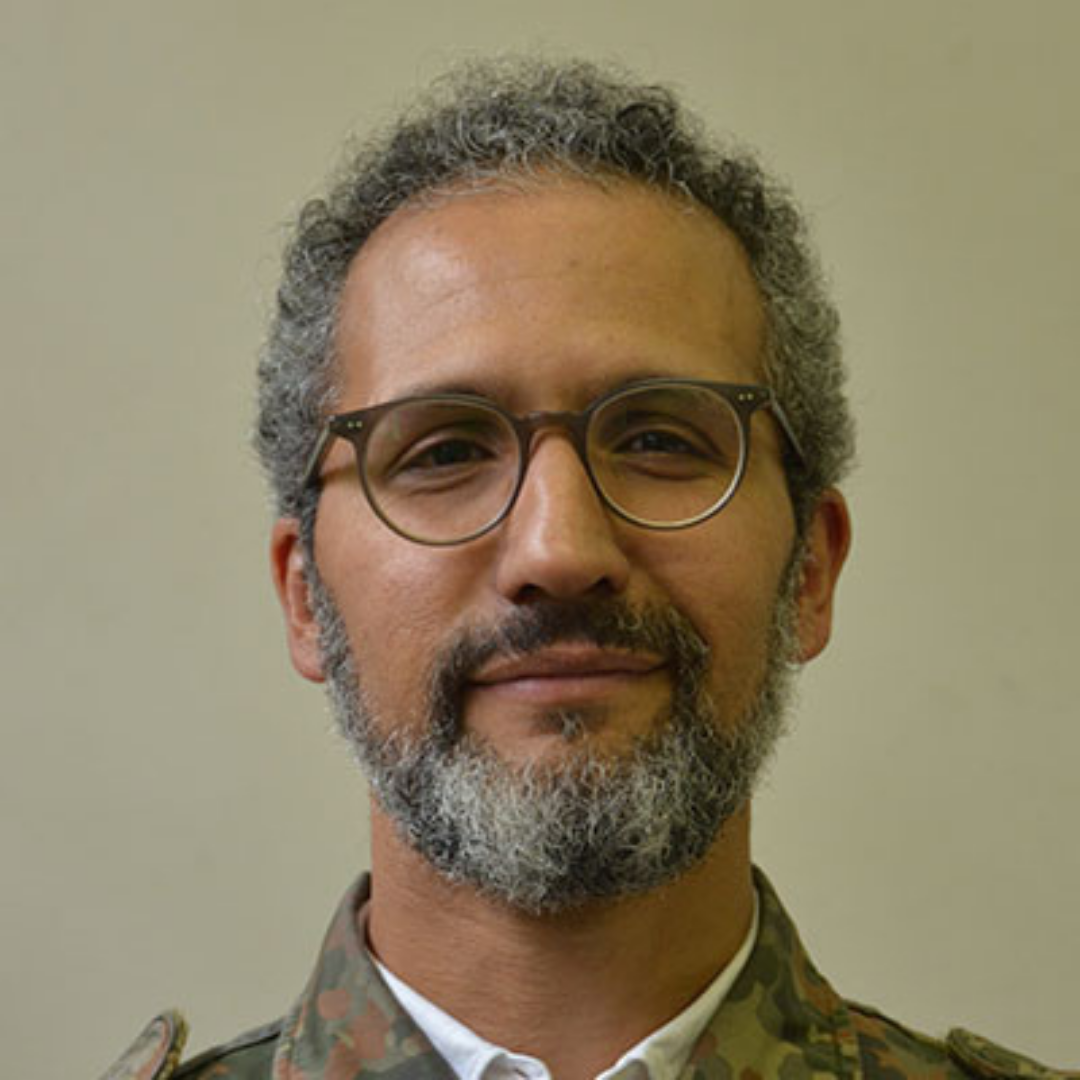 an activist and maybe the story talks to those qualities. This film has been in my life all my life as its about my father who went into exile from Libya when Gaddafi came into power, my dad was put on a blacklist and couldn’t go back. He and his colleagues organised the main opposition to Gaddafi in exile and I lived my young life with the dream of going back. So the film looks at the modern political history of Libya and the very private experiences of exile,” says Khalid.

Khalid had raised some development money when Steven and Tamsin got involved in year 3 and the film took almost 10 years to complete. He realised he needed a producer and always admired Steven as a producer as well as knowing that an experienced producer would be needed to navigate archive material and the political world of documentary film production. Khalid would likely not make a film on his own again as it is a long road and you need people you can trust, respect and learn from. 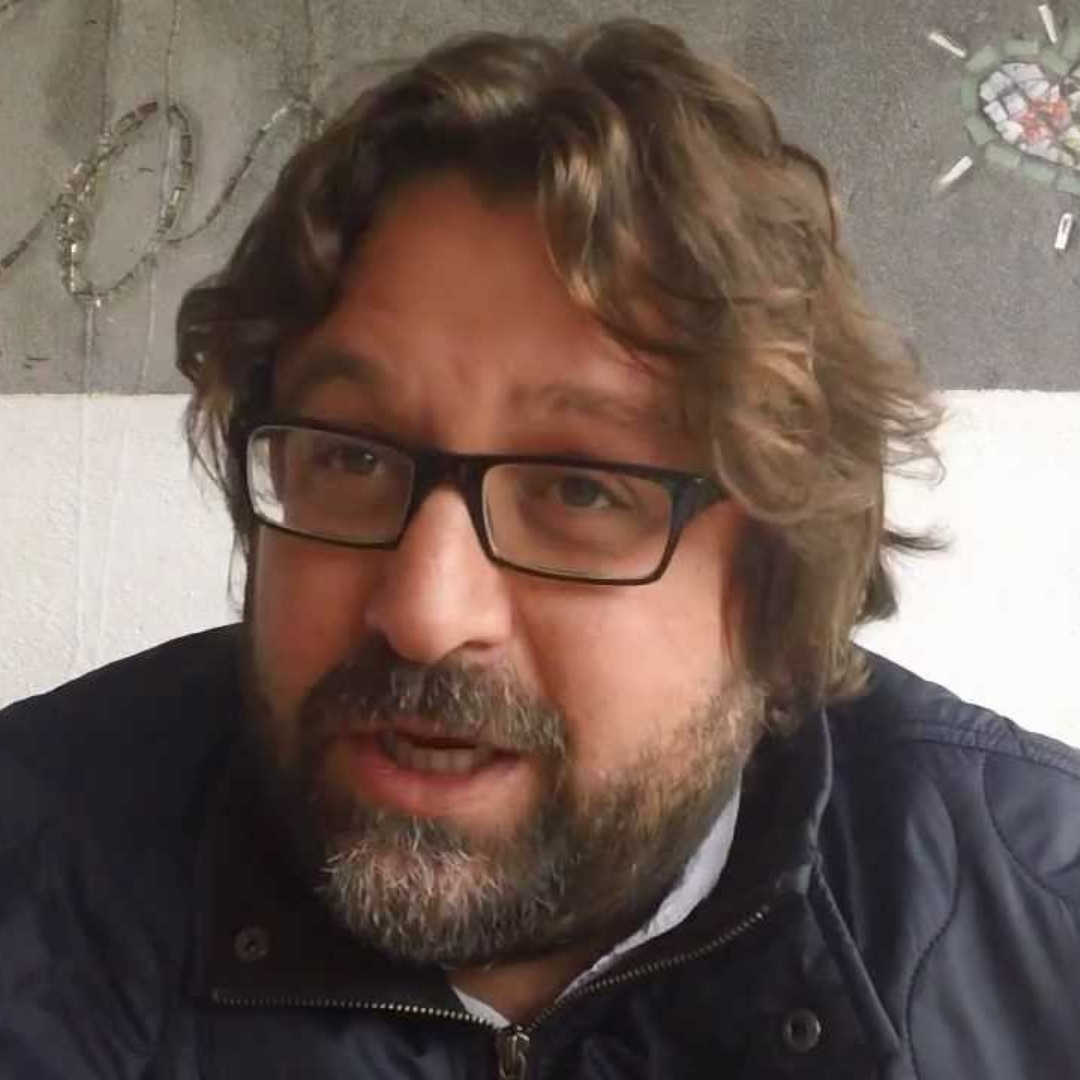 “When Khalid brought us this project I was very happy as this was an important film to make,” says Steven. The one thing I’ve learned is the longer I do this, the less I know and I think that when you look at a film you really have to look at the deeper intention behind it and question that a lot. What’s important is who you work with and that there is mutual trust and respect as you will go down a long road together.What does success look like and it can mean different things for the project. You never know if a film is going to do well or not”.You want to create a profile for your film before it is even made by getting into pitching forums and co-production markets, all forms of curation where your film has been short-listed from many submissions, as this can get attention from sales agents. The input from these forums can also help you to refine what your project is about as you develop it. Steven notes that the film is also time-sensitive as 2021 is the ten year anniversary of the Arab Spring and the death of Gaddafi so this is good selling point for broadcasters, so the clock is ticking! You can sell your film without a sales agent but they have “frequent flyer miles” with broadcasters and festivals, but don’t be discouraged if you can’t get a sales agent.

Tamsin shared that the festival strategy for The Colonel’s Stray 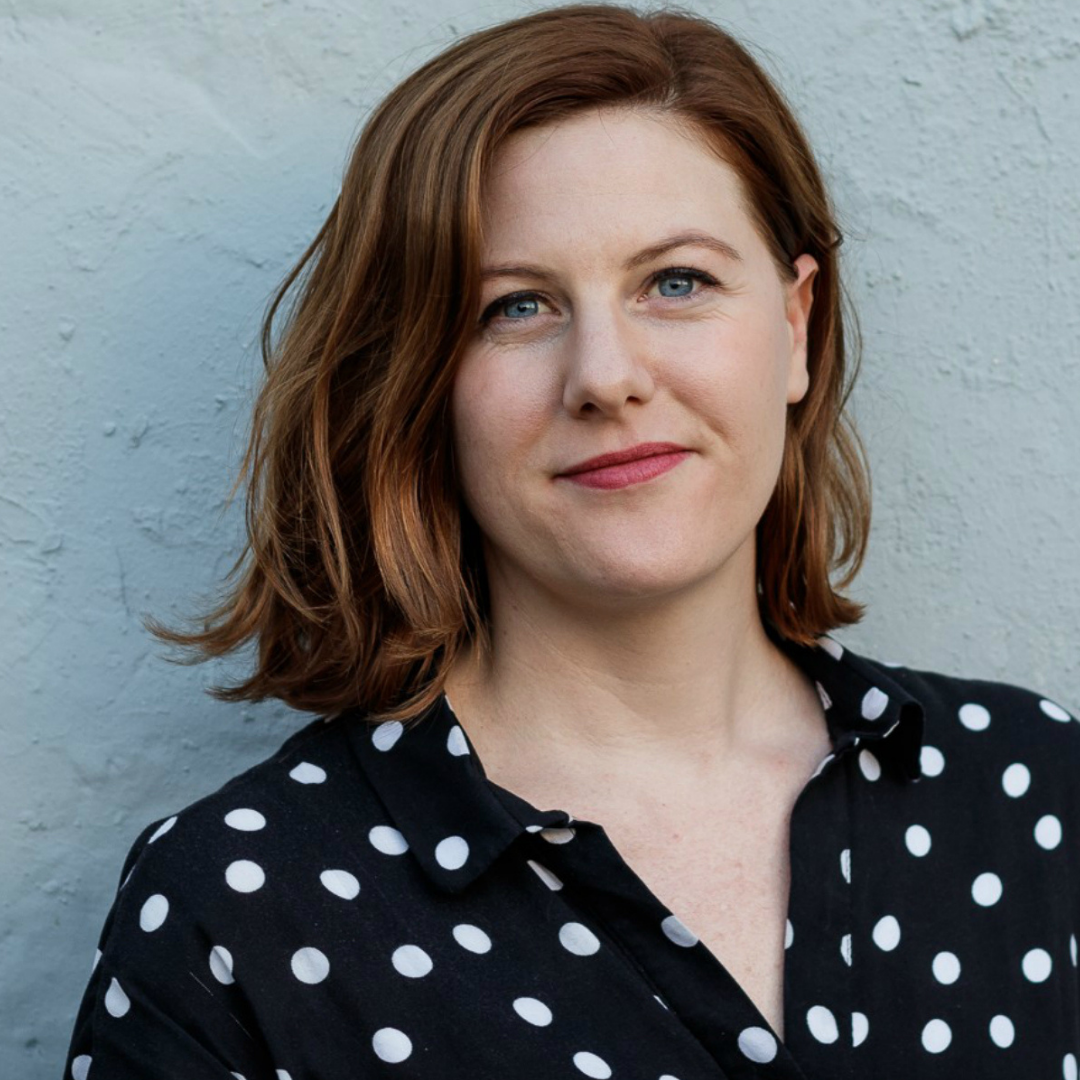 Dogs was to “Aim Big, Aim High”. The team were lucky to have attended and be familiar with many festivals and so the first question was the World Premiere and then to select submissions to  key regional festivals. Sometimes you don’t get in but you keep going and they had a fantastic World Premiere at Hot Docs 2021. Many of the funders of the film were also very generous in their advice about festivals in their regions.

A key consideration to keep in mind is the cost of submitting to festivals, it needs a line item in your budget as you are spending a lot of time researching and submitting, but also paying submission fees. It is useful to follow up on any relationships you may have with festival programmers and maybe ask for a waiver.

COVID 19 has changed the film festival consumption experience and so Khalid did not have a moment with the audience and to get live feedback. “It is important to recognise that the premiere is an important cathartic moment for the filmmaker, to have that team celebration. So filmmakers all over the world have been through a really tough time of not having that moment of recognising what one has achieved,” says Steven.

KEY QUESTION: Michael Klein: @Tamsin regarding film festivals: is it feasible to get films into A-list festivals like Hot Docs by just applying through their submission platform?  Or realistically are the film’s chances helped by having a producer with a relationship or history with those festivals.
Tamsin: We’ve applied to lots of festivals just cold through their submission platforms. There’s never any guarantees, even if you know a programmer personally, that’s not necessarily going to mean anything. So go ahead and apply col, we all do it. 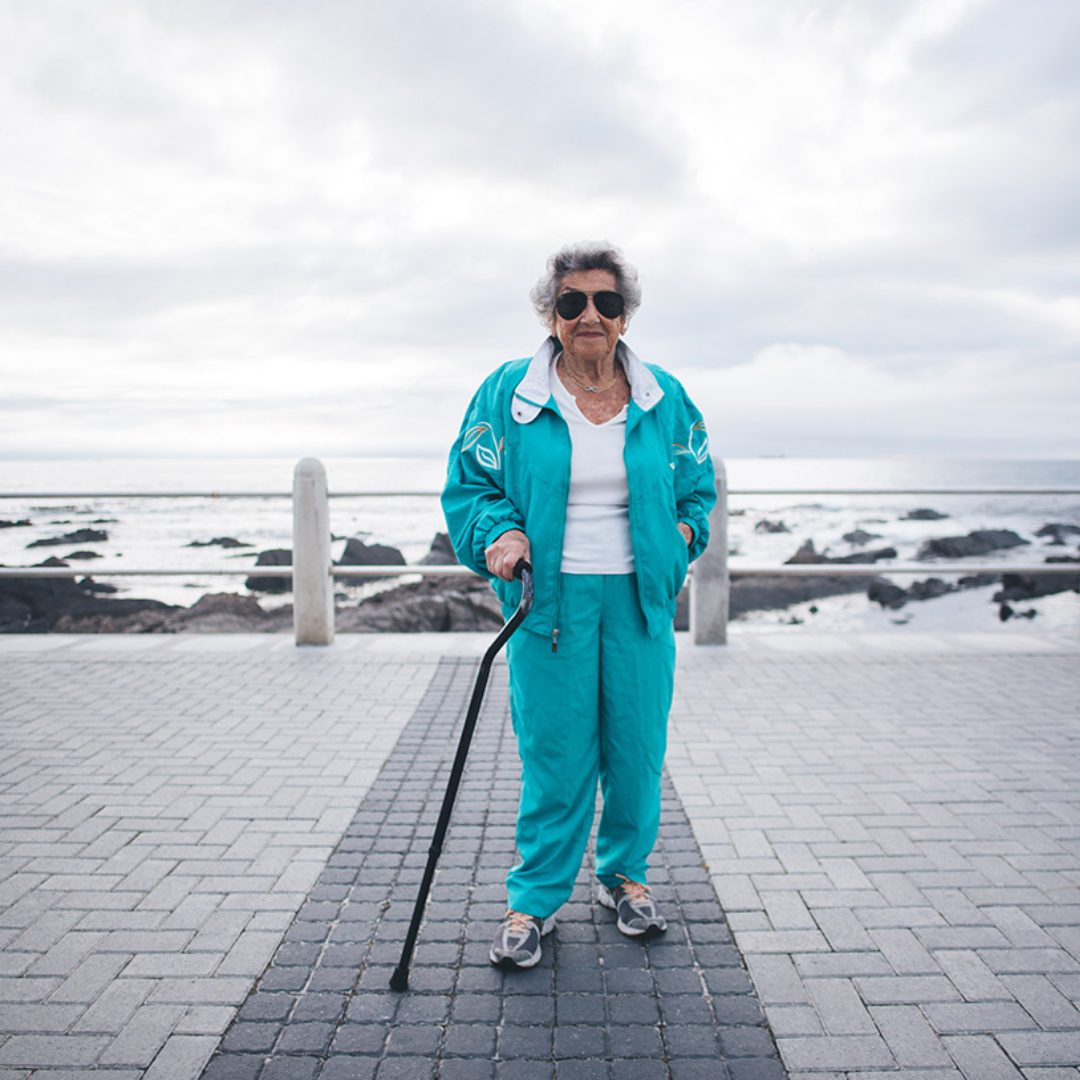 I am Here – director Jordy Sank and producer Gabriella Blumberg
You can watch the post-screening conversation with Ella, Jordy and Gabriela and read a review.


“I am Here is our first documentary that we worked on for two years so we are honoured to share on this panel. Althogh it is a Holocaust survivor story we wanted to focus on the present day life of this extraordinary 98 year old woman who lives with much a zest for life and vitality that 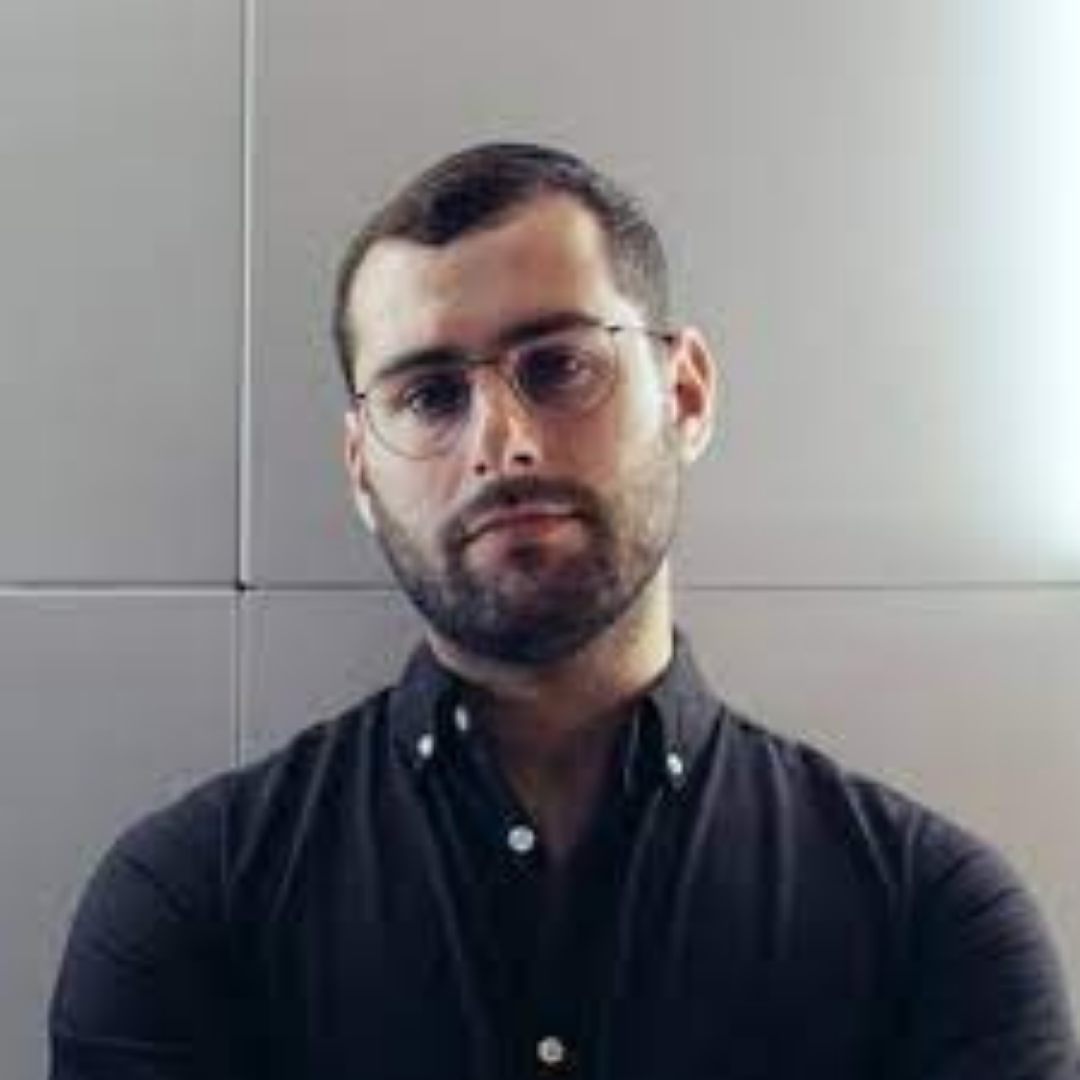 we’ve never really seen in someone before, despite what she has been through, teaching us lessons on how to live life with positivity and incredible energy,” said Jordy.

Both Gabriella and Jordy had made short docs before so they carried out a SWOT analysis on themselves as a team and on the film, which helped them to hone in on their strengths in terms of Ella’s personality to differentiate themselves in a market that already has many Holocaust survivor films. They were also very clear about their aims in making the film – they wanted the film to have an educational, impact life and to establish themselves as filmmakers, but also to recoup costs!

They had great advice from other filmmakers that was critical, such as attending local film festivals to understand the network. From 100 emails sent at DFM 2019, they had 10 great meetings which garnered insights into what distributors were looking for. They worked on innovative ways to communicate their film via email such as using an impactful photo. Look at Cinado, a platform that gives insight into the type of content that sales agents and distributors are interested in as well as their contacts and eventually led to the appointment of their sales agent. This was important because as first-time filmmakers it would be challenging to contact buyers with unsolicited content. 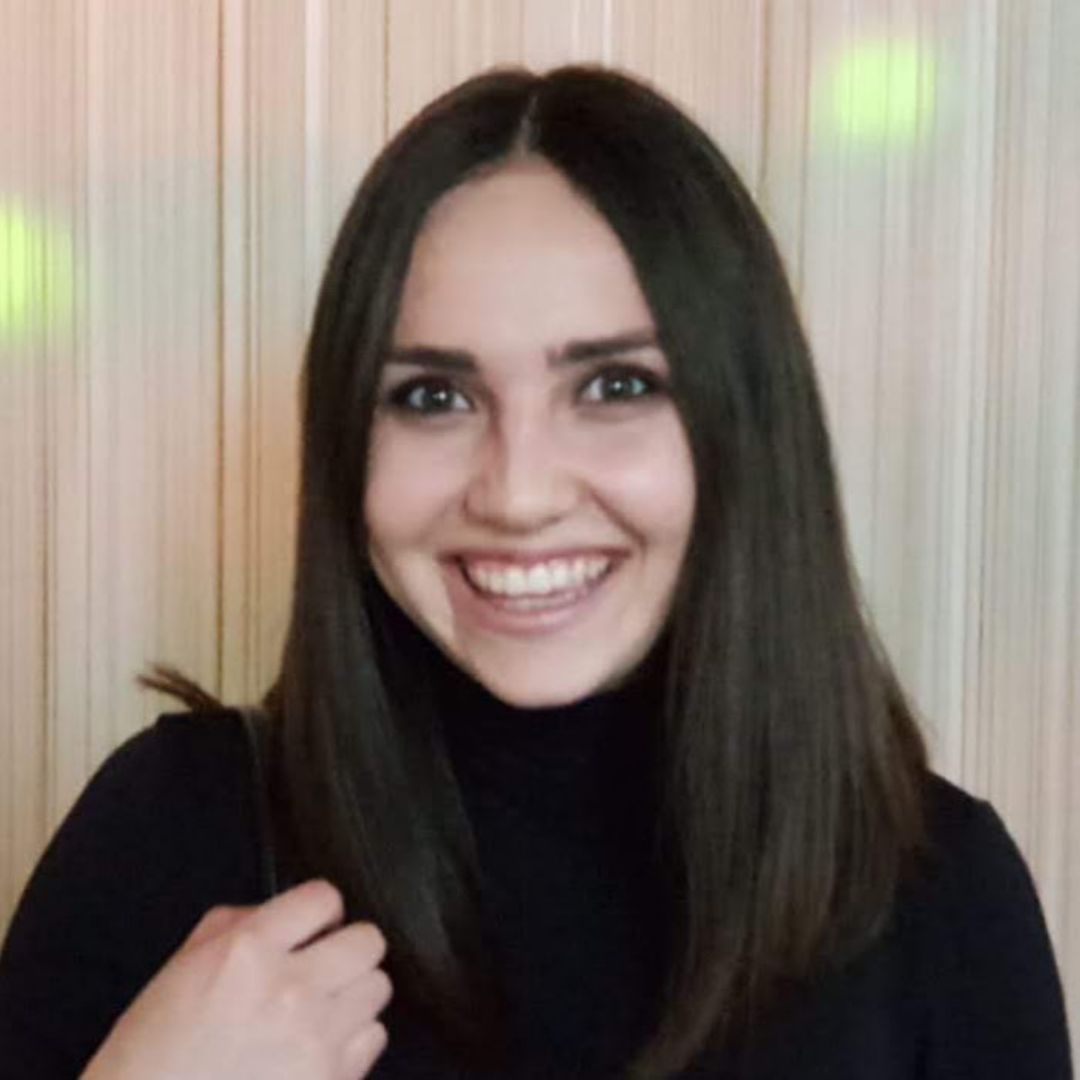 Gabi notes: “When we came into this we had a misconception that the film industry, that people aren’t open to give advice and that you have to have a network. It was eye-opening and humbling to say we don’t need to reinvent the wheel, let’s ask for advice and we are so grateful to the people that gave us time.”

Jordy and Gabi also made the most of online film festivals that were accessible due to COVID-19 as these events were now online. There are also so many workshops and webinars now available online, following up with the speakers and asking for advice from first-time filmmakers helped identify which areas they really needed advice in.

“You do need to do your due diligence when choosing a sales agent, ask other filmmakers what their experience was with them – cast your net out to the documentary community and have a list of questions to ask the potential sales agent. Find someone who is passionate about your content and they will be more open minded about the financial and legal nitty-gritty,” says Jordy.

KEY QUESTION: Pablo Pinedo: Could they elaborate a bit more about how they approached the DFM Market? At which stage their project was and which kind of people they approached from those 100 emails? Then how do you conduct those 10 – 15 meetings they got, depending on who the person is, a distributor, a funder, a festival…

Gabi: Tamsin had given us advice to attend the Durban FilmMart so we reviewed the delegates list and sent introductory emails. We were quite clear that our intention was to get advice as first time filmmakers.
← Level 4 Adjustment of 27 June 2021 Encounters Programmers' Choice Awards →