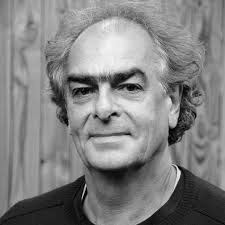 South African documentary filmmaker and producer, Don Edkins, who is also the founder of Steps, is one of the Africans that were invited this week to become members of the prestigious Academy of Motion Picture Arts and Sciences, the organisation that votes on the Academy Awards.

Don has been invited into the Documentary branch of the Academy based on his many years of work in the field. He has produced documentary projects that have been broadcast and screened to audiences around the world, such as Steps for the Future, Why Democracy? and Why Poverty? He is currently executive producer of AfriDocs, the first documentary strand across sub-Saharan Africa, and of Dare to Dream, a new project with Asian filmmakers.
Big World Cinema producer and founder of the Encounters International South African Documentary Film Festival Steven Markovitz was also invited this week to become a member of the prestigious Academy of Motion Picture Arts and Sciences. Steven Markovitz has been producing fiction and documentaries for 20 years. He has 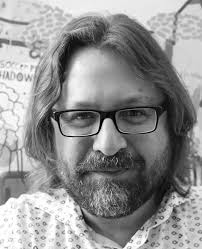 established an extensive network in production and distribution across Africa. His fiction work has screened at Cannes, Berlinale, Toronto and Sundance, and received an Oscar nomination.
He executive produced Stories of Our Lives (Toronto 2014, Berlinale Panorama 2015) and produced the Sudanese documentary Beats of the Antonovwhich won the Peoples Choice Documentary Award at Toronto14. Other titles include Love the One You Love (Winner of Best South African Film and Director, Durban 2014), Viva Riva!(Berlinale, Toronto), Congo in Four Acts ( Berlinale, Hotdocs, IDFA) Proteus (Berlinale, Toronto) and Project 10 (Berlinale, Sundance, Hotdocs). Steven is producing films in Libya, Japan, Liberia, Kenya, Ghana and Nigeria. He is a founding board member of the Independent Producers’ Organisation of South Africa and is on the Board of the African Cinema Unit at the University of Cape Town.
This week saw a number of African filmmakers and industry professionals invited to join fulfilling a promise made by the Academy to diversify their member base to include members from around the world. This year they have invited 928 new members, and if all the 2018 invitees accept, the overall membership would be 9,226.
This past Monday’s invitations, if accepted, will result in 38% of the Oscars’ governing body’s new class being comprised of people of colour, increasing their representation from 13% in 2017 to 16%. Joining them in this honour are Pedro Pimenta from Mozambique, Dora Bouchoucha, the founder of Africa’s longest-running film festival, The Carthage Film Festival, Nigerian filmmaker Femi Odugbemi, and Kenyan filmmaker Wanuri Kahiu amongst others. These new members will be able to cast their votes for various categories in the Academy Awards to be presented next year.