My name is Joëlle Chesselet and I am currently dotting the I’s and crossing the T’s on “Pluck – a film not just about the chicken” which Lloyd Ross directed & filmed and I researched & produced. It’s premiering in Cape Town (1st June at the Labia) and Johannesburg (2nd of June at the Boscope) as part of Encounters Film Festival.
1. Tell us about yourself – who are you and what do you do?
I have been making documentaries for 3 decades now and am passionate about ideas, people, nature and music (apart from my four children, my partner and friends of course). I was a cub reporter for the Rand Daily Mail in 1975 and then studied philosophy in Belgium where I wrote a thesis on technology and metaphysics. It was considered a manifesto in punk philosophy by my supervisors but they did give me a Grande Distinction for my masters. (I was born there to a Belgian father and South African mother) and came back to South Africa as the Defiance Campaign was intensifying, played in a band called “Teenage Botha” writing songs and playing guitar with Carl Raubenheimer of Corporal Punishment’s fame.
I love making music, images and writing and so landed in the moving image making environment with not much education in that field but a country at a very exciting time of transition and youthful enthusiasm on my side. I made music videos for Shifty Records’ catalogue, produced for foreign media, and amongst other documentaries, made award-winning “Ochre and Water – Himba chronicles from the land of Kaoko” with director/cameraman Craig Matthew and editor Ronelle Loots. Many other works followed that I either edited, directed, shot or scripted or all of the above. I am a Gill of all trades and a master of none, but a keen participant in this weird and wonderful dance of life.
2. What are you currently up to? Are there any exciting projects ongoing?
Cameraman Lloyd Ross and myself have just returned from Mercury Island off the Namibian Coast – it is extremely hard to get there. In fact, it took myself and the universe three years to sync-up the conditions so we could get to this unique bird island. At the end of my tether, after hearing the supply ship we were going to go on was delayed yet again, I sunk my savings into a risky, pitch-dark 130 km speedboat ride, surrounded by a phosphorescent South Atlantic ocean, because there was a window where swell and wind would permit us to finally land there. “Mercury” is the name of our feature documentary in the making. It is about my brother who lived there mostly alone for 8 years, fighting against invasive seals to turn the island into an endangered seabird sanctuary, which he did – at times at the cost of his sanity. Human greed had unbalanced the entire eco-system there, and only a human could attempt to redress it. And of course, that concept has its flaws. 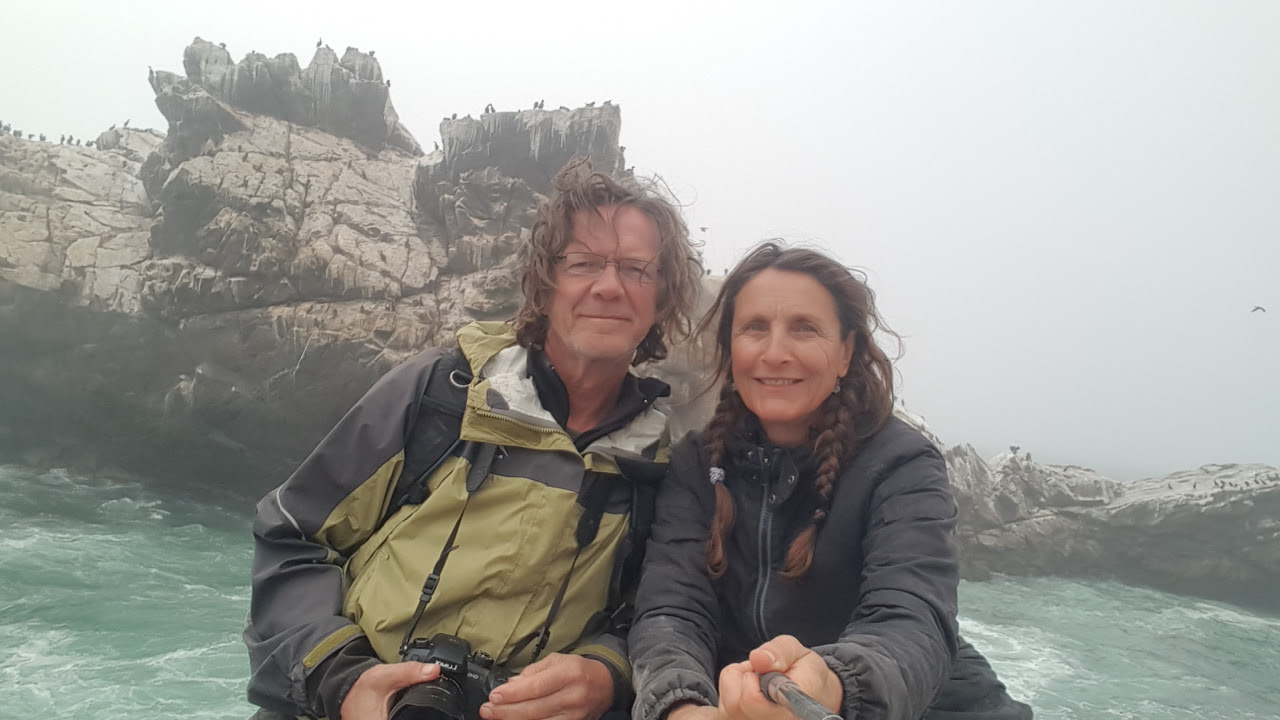 Lloyd and Joelle on the island
I have always been in awe of a truly adventurous, brave spirit untethered from the comfortable norm and my brother’s time on Mercury epitomizes this “positive masculinity” that I witnessed from the wings of my comfort zone as a suburbanite. At a time when adventure is synonymous with conquest and masculine drives are mostly seen as problematic, I want to remind an audience of the power of passion, adventure and resolve but show their vulnerable flanks as well.
Now that we have the 4K shots of the island and some incredible drone shots that reveal the uniqueness of that environment, so close to the Skeleton Coast and far from everything, we can make Mercury Island into a character – a larger than life mythological creature that my brother loved like a being and resided upon caught in its telluric grip, until he could no longer. The film is narrated mostly by diaries and video diaries and is a very personal tale that blends exhilaration and despair, dreams and reality and hopefully draws attention to the vanishing seabirds of the South Atlantic and the unbridled and unsustainable greed of the human race. 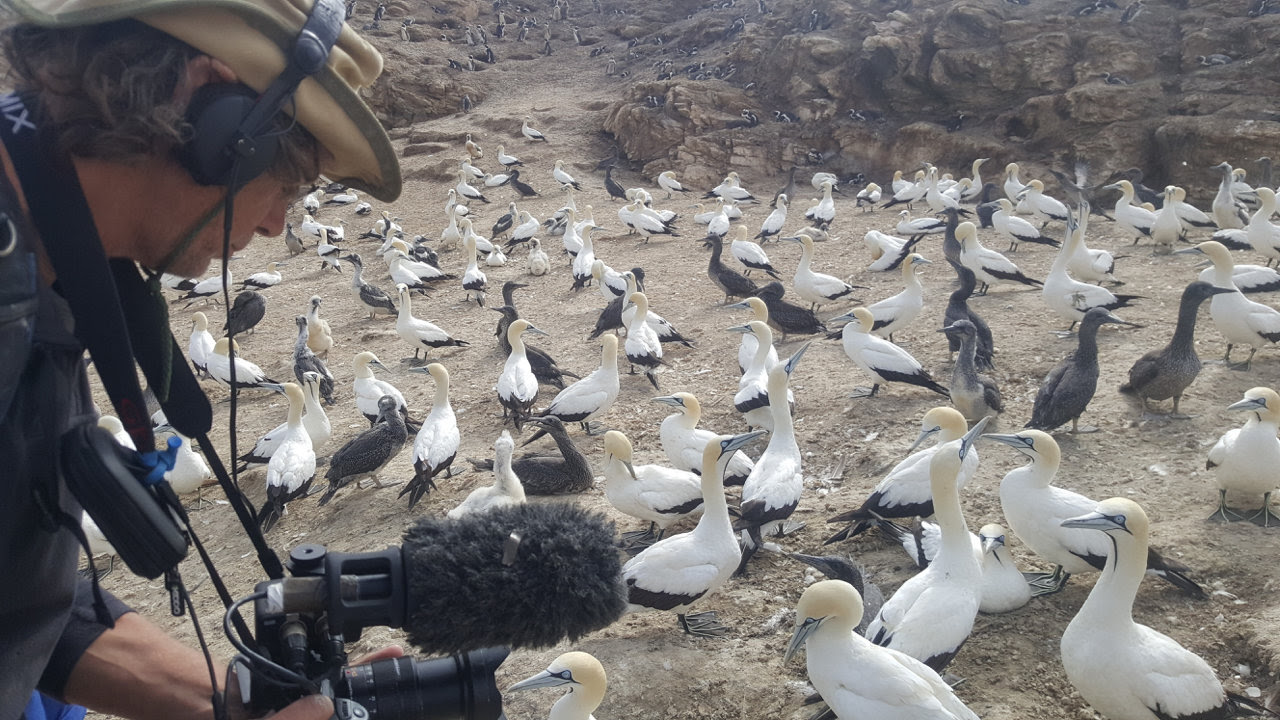 3. What’s your best project/work to date?
I think I always fall in love with the projects I work on. I get completely immersed. So the one Lloyd Ross and I have just completed is uppermost in my mind. It is a feature documentary called “Pluck – a film not just about the chicken” described like this by Encounters Film Festival: Gender? Politics? Race? Xenophobia? Religion? To Nando’s it’s all free range. Filmmakers Ross and Chesselet take a deep dive into South Africa’s history through the brutally honest lens of Mzanzi’s favourite chicken establishment. The film takes a look at the inception of their notoriously memorable and witty advertisements and pulls back the curtain on the biggest laughs, shocks and controversies that made Nando’s one of South Africa’s most recognizable global brands. 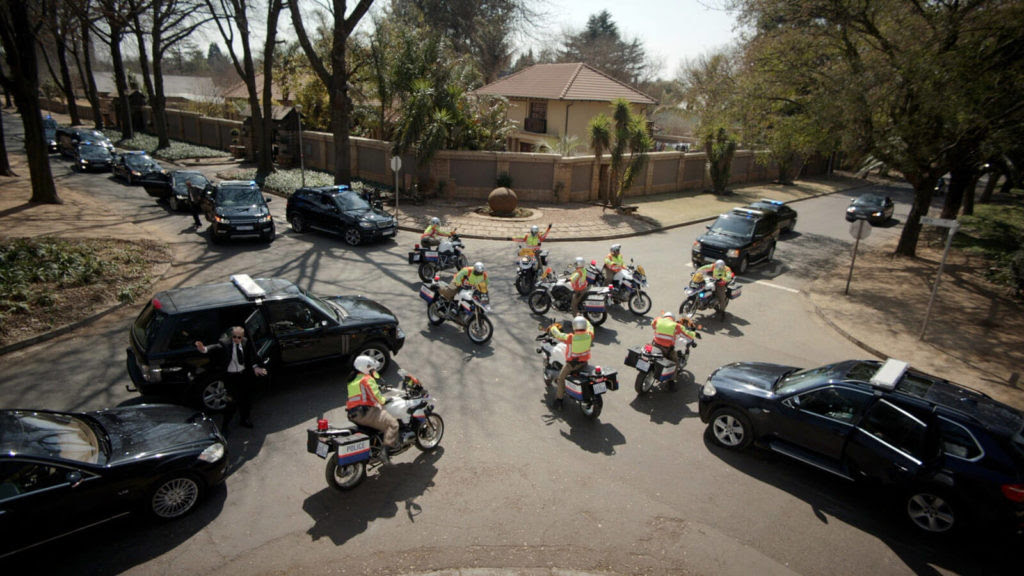 Pluck explores the brand’s use of humour in order to engage with customers – by highlighting the unique and satirical approach to their marketing. The film is able to explore what makes Nando’s so successful and how it continues to extend its appeal far beyond our borders, proving that humour, the capacity for laughter, is common to us all.
Pluck trailer: https://vimeo.com/240123220
It’s premiering at Encounters Film Festival in CT on June 1 and JHB June 2)
CT:          Labia1       Fri 1 June / 6.30pm + Q&A (W/P Event)
Labia1       Fri 8 June / 6.15pm + Q&A TBC
Isivivana   Khayalitsha      Sun 10 June / 4pm
Jhb:        Bioscope                           Sat 2 June / 6pm + Q&A
4. Who or what inspires you?
Human inventiveness, nature, kindness and beauty inspire me most. I am emerging from an intense two-decade era of parenting. Having time to think rather than cook or drive is exciting and I look forward to what that extra creative dimension will bring to my life. My grown-up children inspire me no end!
5. When you’re not working, what do you like to do?
It is rare that I am not working. Both Lloyd and myself blend work and play so that it is hard sometimes to know what the difference is. We enjoy what we do. Obviously there are stresses but generally my modus operandi is to be involved in a project and it inhabits me. We take time off in nature, walking in Cape Point or wherever we are and often we try and combine our work and play so that it takes us to wild, remote places. When alone, my default is to go to the piano or guitar and play for hours.
6. Finally, what tips or advice could you give to other documentary creatives, just starting out or to the more experienced creatives needing a bit of encouragement?
Recommendations: I’m not sure I qualify to give advice. Perseverance is a big one. Nothing is smooth and easy. Sweating the small stuff is useless. Doubting oneself is part of the creative package. Sometimes it is hard to overcome it. I am still a newborn in this regard. I am so grateful for being able to do what I love. But the downside is that financial stability is impossible.